Learning about the planets in our solar system.

Today some of our young people have been learning about the planets that make up our Solar system as part of their science project. This forms the first part of the STEM syllabus (Science, Technology, Engineering, Maths).

They were shown a short film about the Solar system and then began colouring in some pictures of the planets, cutting them out, and then making planetary mobiles. 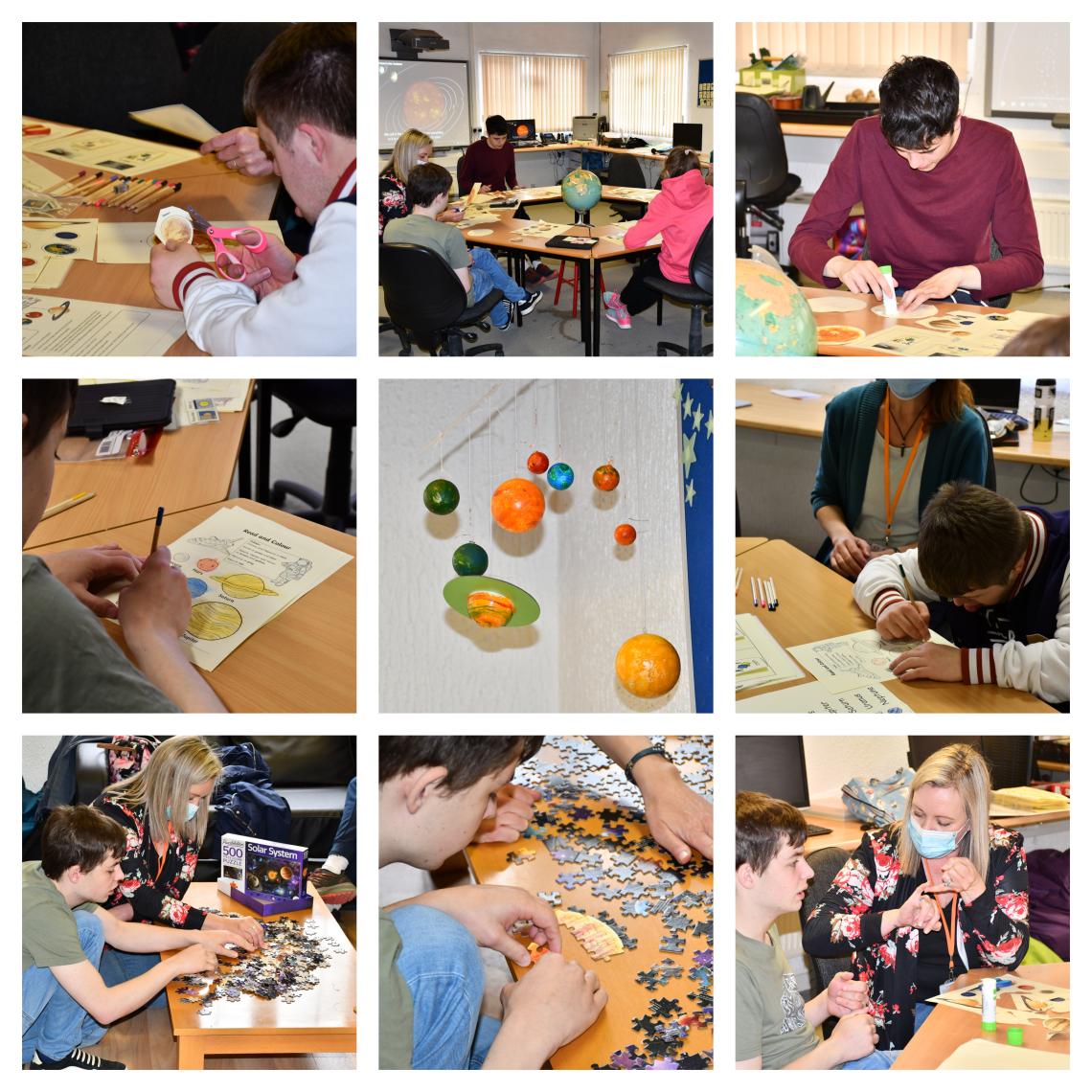 Tommy has learned the order of the planets from the sun by heart and has remembered that the distance from Earth to the Sun is 93 million miles!

Aneurin was given a 500 piece jigsaw of the solar system which he has really enjoyed starting, concentrating first on the Sun part of the puzzle.

For next week's project the group will start an experiment to grow crystals, we look forward to seeing how they do this!